The director’s vision shapes the look and feel of a film. He or she is the creative force that pulls a film together, responsible for turning the words of a script into images on the screen. Actors, cinematographers, writers, and editors orbit around the director like planets around the Sun. Despite the director’s pivotal role, most Hollywood movies are designed to pull you into the story without being aware of the director’s hand. Many talented film directors with long lists of feature film credits are so skilled at being «invisible» that they are little known by the movie-going public.

Imagine you’re being considered to direct a Hollywood film. You’re handed a screenplay that has been «greenlighted» (given approval for production) by a major studio. As you read through it, you begin to imagine how it might play out on screen. You see the characters coming to life. You envision the lighting and hear the sound. You are absorbed in the world of the story until you see the script’s final words: Fade Out.

When you’re done reading the script, you ask yourself some key questions. What is the main idea or theme of the screenplay? What does the story say about the human condition in general? You also think about the script cinematically. How will the script translate to the visual language of the screen? Who is the audience? As the director, you must feel passionate about this soon-to-be film. Feeling connected and committed to the story will help you do your best work, and there’s an enormous amount of work ahead.

If you are hired as the director of this film, you may need to help shape the script for the screen. A good script is the foundation for a good film, but even the best one may need to be developed or molded to work well on the big screen. Sometimes the producer will develop a script and then hand it over to the director. In other cases, the director may work with the writer early on to help develop a script from its infancy. Nowadays, the planning for a film is often underway before there is a script. A director or producer purchases the rights to a story and then hires a screenwriter. Whatever the route from script to screen, the director plays an important role in shaping the way the story is told.

Assembling the Cast and Crew

The people you work with, both the actors and the crew who will make things work behind the scenes, are crucial to the film’s success. The right people will understand and respect your vision, work well with one another, and bring their own unique gifts to the filmmaking process. The film’s producer normally hires the crew, but the director will have input into crucial hires such as lead actors.

The cinematographer, or director of photography, helps to translate your vision to film, scene by scene, planning shots and supervising camera operators. Often, cinematographers are artists with experience in painting and photography. Their job is to create and capture the images that best tell the story.

The actors you choose will bring your story to life. Your casting decisions will be based on such factors as availability and whether or not an actor is suitable for lead or ensemble acting, as well as on a healthy dose of intuition. Often a casting director or producer will help you select the cast.

After months or even years of development, delays, and rewrites, the final script is set and the film goes into pre-production. During this phase, budgets are detailed, scenes are planned and designed, and a shooting schedule is prepared. Storyboards—visual representations of every shot—are prepared by a storyboard artist in consultation with the director, director of photography, and designer. Before a single frame is shot, the film is planned from beginning to end on paper. The final stages of pre-production include weeks of rehearsal, set construction, and location scouting.

Once shooting begins, you’ll need to continue to communicate your vision of the film to the actors and crew. You’ll also need to be able to improvise on the set and troubleshoot if necessary. This flexibility can make the difference between an acceptable production and an exceptional one. On average, you will be able to complete filming for about three script pages per day, or the equivalent of about three minutes of screen time.

Once the shoot is over, hundreds of thousands of feet of film need to be assembled into a coherent story. Days or weeks of shooting result in only a few minutes of screen time. In the editing room, your vision will either come to life or perish. With your guidance, the film and sound editor will complete the detailed technical work required at this stage. Your «director’s cut» of the film (the one you work with the editor to create) may not be the final one the audience sees. The film’s producers may decide to cut certain scenes or use a different film clip for a certain effect. Editing is a collaborative process, the final step in the difficult work of bringing your vision to life.

Your stature as a director (as well as the terms of your contract with the studio) determines how much say you have in determining what version of the film is released to the public. Occasionally, a director dislikes the final cut and decides not to be listed in the credits. If this happens, the credits list Alan Smithee as the director. Alan Smithee is not a real person, but an alias used as a substitute when a director refuses to be linked to a film.
Previous 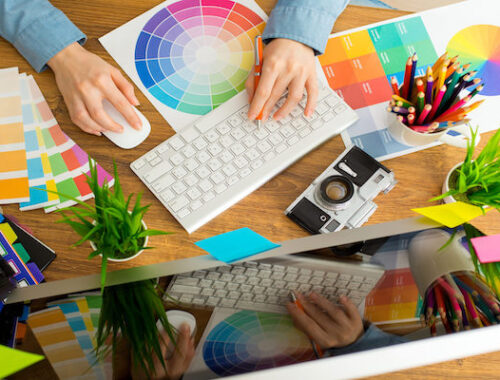